This year, the Scholarship Foundation will be supporting local high school students who are interested in pursuing architecture by offering mentorship, lectures, and internship opportunities to students. We see this expansion of our program as our way of helping young people achieve their dreams.

By continually building on the Scholarship Foundation (pun intended), we are not only showing our commitment to the students but to the architecture profession, the building industry, and the built environment. 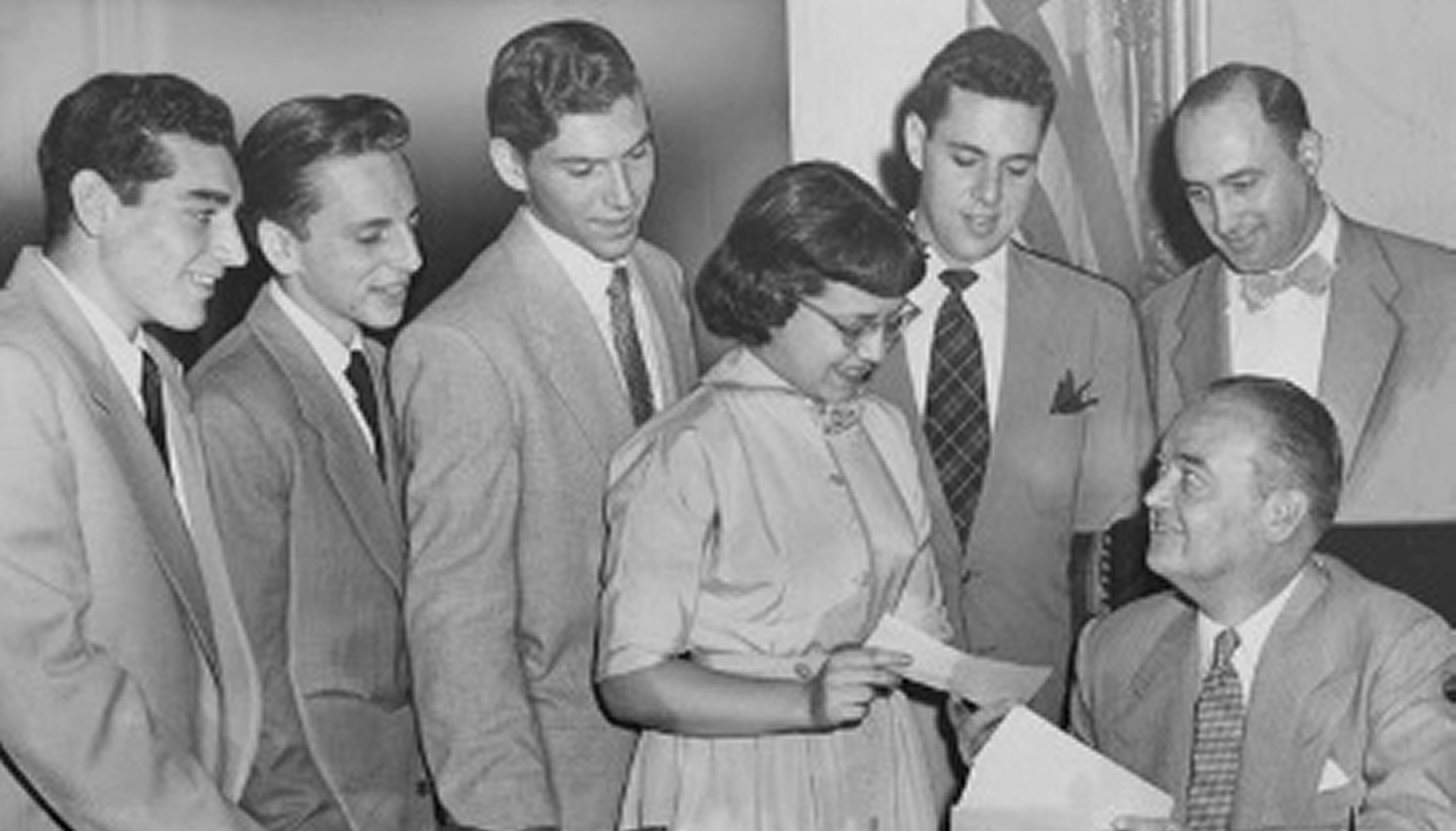 The Brooklyn Architects Scholarship Foundation began as an initiative of the Brooklyn Society of Architects, a professional organization that was founded around 1904. The Society concerned itself with building codes and government affairs, while Brooklyn AIA concentrated on loftier, more artistic aspects of the profession.

In the 1920’s Jewish and Italian architects found the Society of Architects to be a more welcoming club than the upper-class Brooklyn AIA Chapter. As early as 1929 the Society founded a scholarship organization. Because the Society had many members who themselves or their families were immigrants, they understood the struggle to get an education and wanted to help the younger generation achieve their goals.

In 1939 the Society’s President was Martyn Weinstein (later Weston) who introduced the concept of a yearly award to a graduate student in architecture at Pratt Institute. Martyn also was a member of Brooklyn AIA and served as Chapter President in 1950 and 1951. He orchestrated a joint scholarship program, the Brooklyn Architects Scholarship Foundation, and Weston served as its first President.

Vito Battista, an architect, founded the Institute of Design and Construction in 1947. The Institute was a non-profit technical school that offered Associate degrees in building construction and architectural design, as well as continuing education. A strong supporter of scholarships, Battista was active in both AIA Brooklyn and the Scholarship Foundation.

In its initial year (1951) the Scholarship Foundation chose five high school seniors for awards schools. Four would attend Pratt Institute: Alan Aaron, Frank Eliseo, Laurie Mutchnik (later Maurer) and Sidney Paul. The fifth, Irving B. Elman, was accepted at M.I.T. Irving eventually founded Stainless Rails Ltd., a company that fabricated custom made steel railings, primarily for pleasure boats. Alan Aaron practiced architecture in Lynbrook and was a member of the Queens AIA Chapter. Frank Eliseo served as a First Lieutenant in the US Army when he finished Pratt.

He worked for IBM and then was a director of the NYS Health & Mental Hygiene Facilities Improvement Corp. Laurie Mutchnik married a fellow architect, Stanley Maurer, and the couple practiced together in Brooklyn, known for their simple, elegant designs. In 1983 Laurie became a Fellow of the American Institute of Architects. Sidney Paul relocated to Whittier, California where he practiced for many years.

Since the 1950’s the Scholarship Foundation raised funds through dinner dances and individual contributions. More recently it has hosted an annual golf outing as a fundraiser for the Foundation. Every AIA Brooklyn President serves on the Foundation Board and becomes its President, thus maintaining an important link between the Chapter and the Foundation. In recent years, students have attended the monthly Brooklyn AIA Chapter meetings/panel discussions where they present projects and meet members.

Michael Zenreich Support for Architects (304, 304a)